This office building flooded after a lot of heavy rains. It would've been fine if someone had not plugged an appliance into the same outlet as three sump pumps. The breaker popped and the pumps stopped working. There was over 7 inches of water in the 5,000 square foot basement. The biggest challenge was being able to get to the sump pumps, remove them, and diagnose the problem. Were the pumps broken or just not getting power? Also, with that much water there is a real danger of electrocution. Everyone was on high alert to be sure that we all stayed safe.

The first step was to get a sucker pump working on getting water out of the basement. Then someone had to get over to the pumps to see if they were broken. Luckily the two pumps in the first sump pit were working just fine. The three in the farthest pit seemed to be not running. Once the breaker was turned on again, the pumps started to work. One of the pumps was running slower than it should've been so it was removed and replaced. 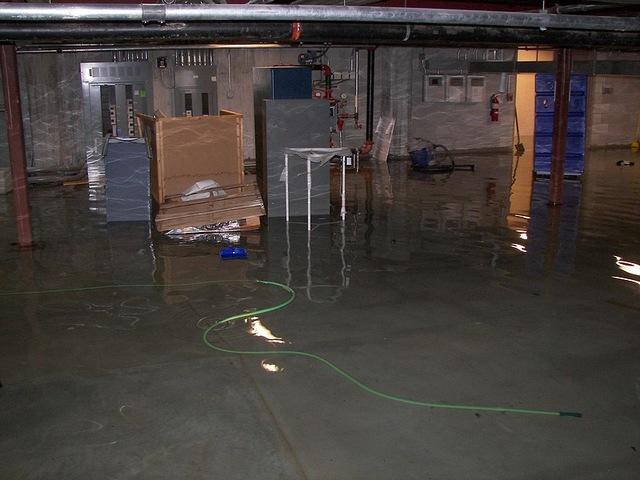 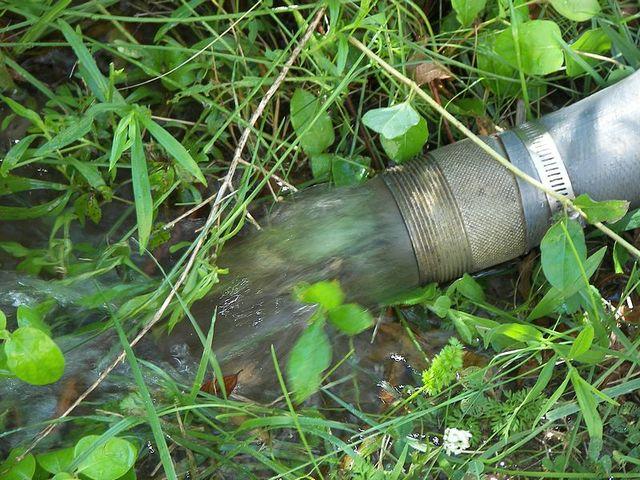 Discharge from the temporary pump

About the author
Brad has been with DryZone since early 2011. Currently he manages both of DryZone's websites in order to spread the DryZone message. Brad grew up in a military family so he moved around the country as a child. He settled in Delaware in 2006 and currently lives in Seaford.
Back to Previous Page
Back to Case Studies