This basement was always wet and musty. The nice lady that owned the home got headaches and allergy symptoms all the time. She tried the little buckets and moisture absorbing bags to get rid of the smells and moisture. Unfortunately, those things are not meant for that large of a problem. She even went and bought two $400 dehumidifiers that ran constantly. Once she got our SaniDry installed, the problem cleared up and the power bills went way down because the one SaniDry ran less then the two store bought dehumidifiers. 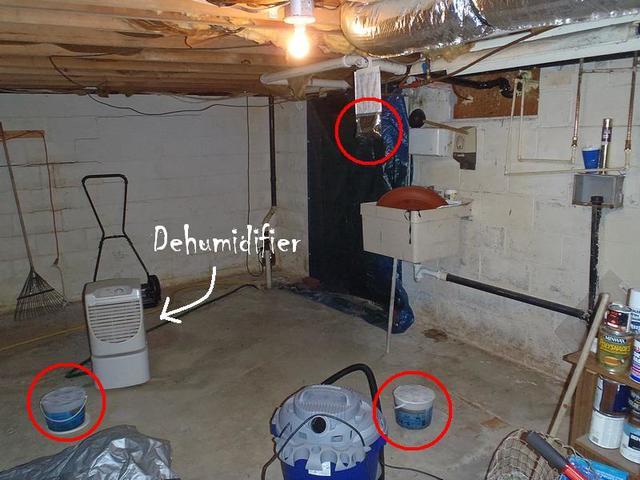 The little red circles are around buckets and bags of a silica based product. It is designed to draw moisture out of the air, but not on such a large scale. I asked the homeowner what she paid for each one, she said they were about $20-$25 a piece, she couldn't exactly remember. I stopped counting at 12 buckets. 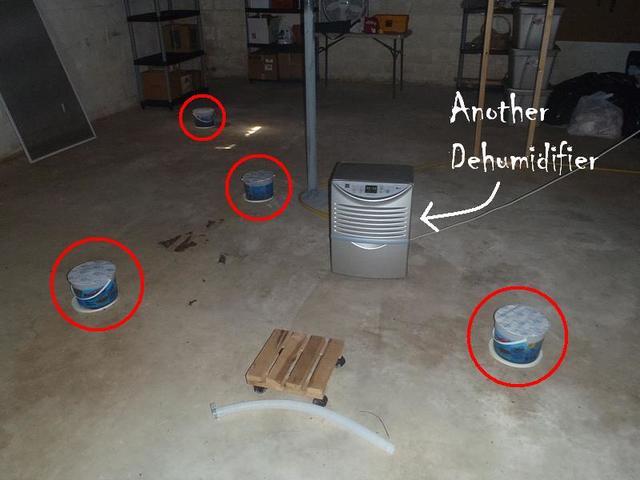 The average homeowner knows that they should have a dehumidifier in the basement. The only trouble is that the kind you will find in the big hardware stores aren't powerful enough to handle a big open space like a basement. They only move enough air for, say, a bedroom. 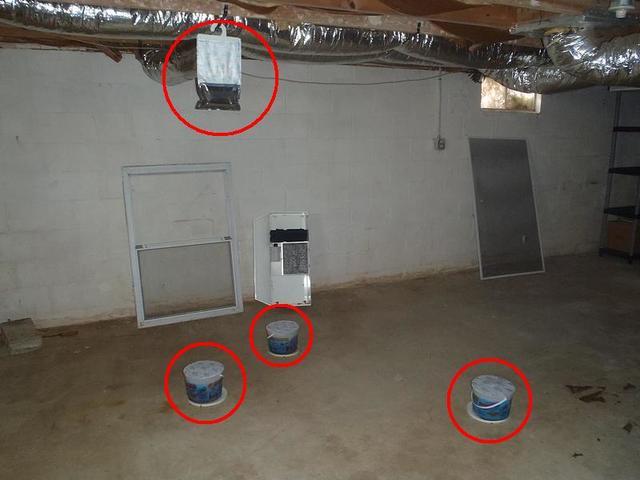 More buckets and bags of a moisture rid product

The bags are meant for a closet or small space. You can use them in a basement to see just how bad the moisture or humidity is. In this basement they filled over a few hours. 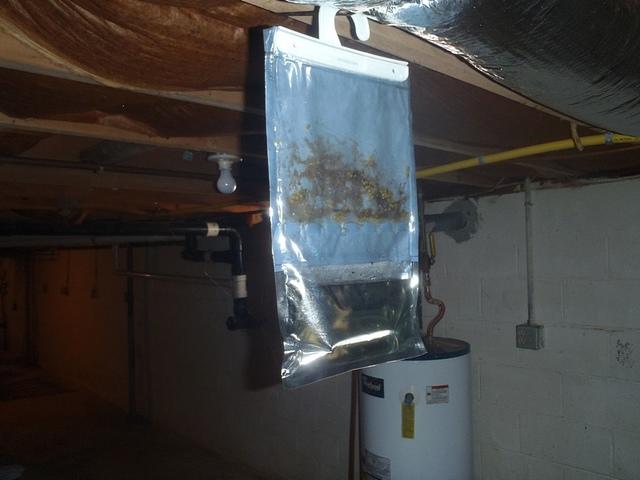 Up close on a moisture bag

There is something growing in this one. Is it mold, or fungus, maybe its a new civilization. Anyway you look at it, I wouldn't want it in my house. 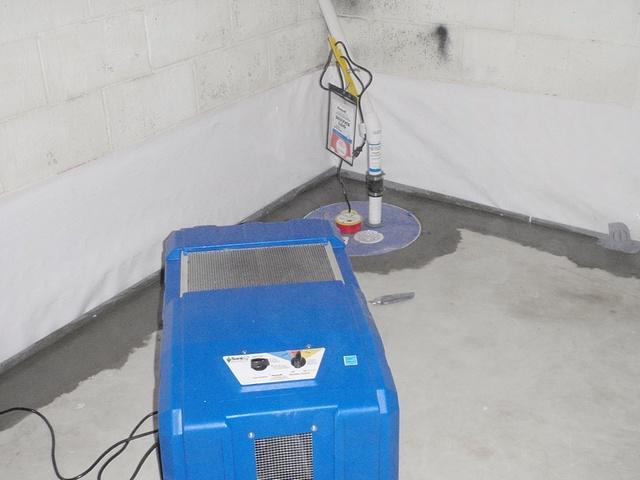 The SaniDry is so efficient that after only one month, the homeowner called me to say the power bills had drop significantly. She also said that the smells were less and the air just felt better. She got a sump pump as well as part of a water management system., The SaniDry can dump into the new sump and that means you will never have a bucket to empty.

Back to Previous Page