For months, DryZone had been asking homeowners to submit pictures of their crawl space as a means of entering a crawl space encapsulation give away. Nineteen homeowners took DryZone up on their request and did just that. They emailed the pictures to DryZone along with permission to use the photos. Those photos were then placed in folders, sealed and shuffled. They were then displayed on a wall here at DryZone where the live viewing audience of the show "Weller Does Delmarva" hosted by Jim Weller chose numbers between 1-19. The number with the most votes was the winner of the contest.

Heather Anderson announced the winner,  Chris Dolder of Laurel, DE. She then went on to stun everyone in attendance and listening on the radio station  Delaware 105.9 and viewing on MyCozi Tv by announcing she wanted to give a second crawl space to the person who came in second in the votes tally. The host of the show was so amazed that he gave Heather a commercial break to reevaluate her decision. Heather and Bill Anderson both have caring hearts and want to truly impact this community, so there was no second guessing involved when Heather revealed that the second place winner, Shane Sockriter of Milton, DE would also receive a free crawl space encapsulation.

Both homeowners are thrilled to have won and are excited to have their investments protected and their home environment improved by Team DryZone. Shane, the second winner says on Twitter (@shane_sockwriter) "Can't thank the Andersons enough! We are excited to share our experience and crawlspace encapsulation from DryZone with everyone". Thank you to the homeowners who entered the contest and congratulations to the winners! 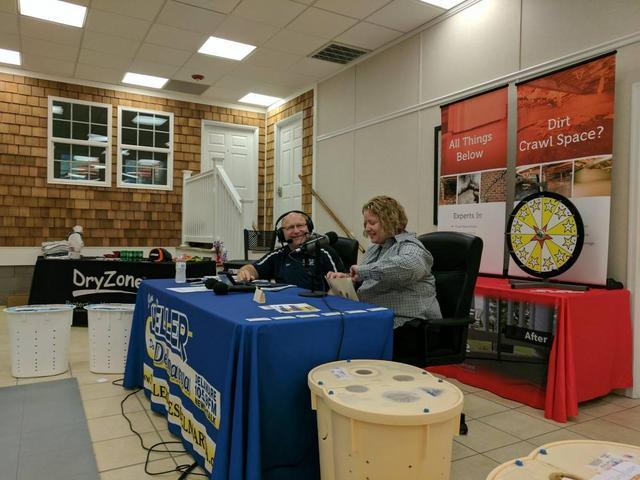 Amy is an enthusiastic member of Team DryZone with a passion for sharing the success stories that our crews achieve every day with prospective homeowners.

Back to Previous Page
Back to News & Events